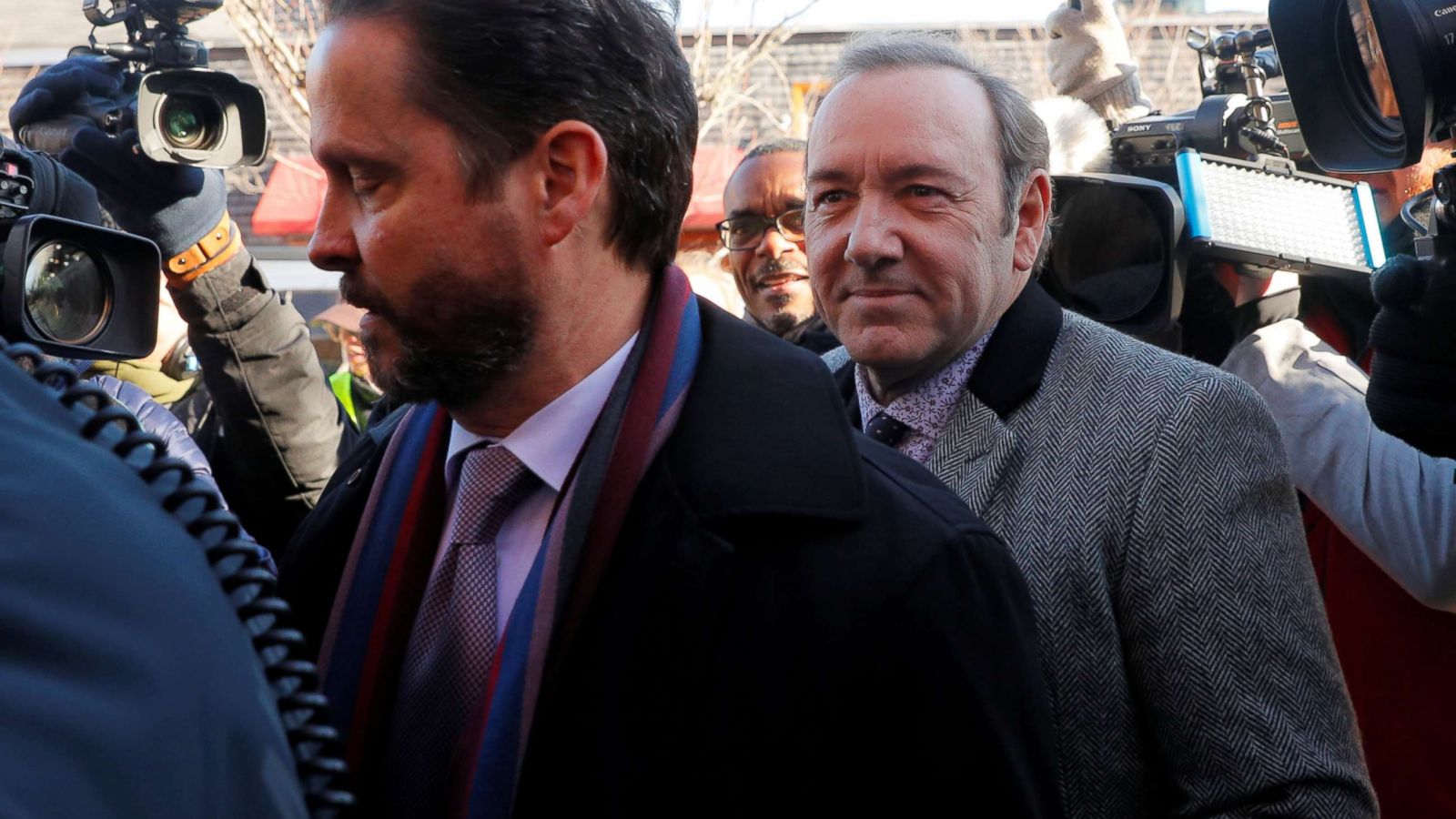 In new court filings, attorneys for actor Kevin Spacey say that sexual assault allegations against their client may have been made up in an attempt by the alleged victim and his family to cash in through a lawsuit. Kevin Spacey’s attorneys this week asked the judge in the case to order a private lawyer hired by the accuser and his family to turn over a variety of records, according to court filings. Arguing for why Spacey’s legal team needs the records, attorney Alan J. Jackson wrote that given Kevin Spacey’s “status as a public figure, [the accuser] and his family members have a significant financial motive to fabricate” the allegations. The filings were made just days ahead of the Nantucket District Court case’s next scheduled hearing, which is set for Monday.

At an arraignment in January that drew widespread media attention, Kevin Spacey pleaded not guilty to a felony count of indecent assault and battery stemming from allegations he groped an 18-year-old man in a Nantucket bar on July 7, 2016. The alleged victim is the son of former WCVB-TV news anchor Heather Unruh. Kevin Spacey’s attorneys have previously denied the allegations as “patently false” and described the encounter as “mutual and consensual flirtation, nothing more.” They’ve also sought to discredit statements the accuser made to police investigators, while questioning why he didn’t report the incident sooner and highlighting how investigators did not find anyone who witnessed the actual groping.

The accusation first emerged in November 2017 when Unruh publicly accused Kevin Spacey of sexually assaulting her son at an emotional press conference accompanied by her daughter and prominent Boston attorney Mitchell Garabedian. In the new filings, Spacey’s attorneys ask for records from the law office of Garabedian, who is well known for representing hundreds of victims of clergy sex abuse. Kevin Spacey’s legal team is seeking copies of any retainer and fee agreements Garabedian’s office has with the accuser and his family. “Although no civil case has been filed to date, it is clear that [the accuser] and his family members have retained Mr. Garabedian, a civil attorney, for the purpose of suing [Kevin Spacey] in civil court,” Jackson wrote. “Evidence that [the accuser] and his family members intend to pursue civil remedies against [Spacey] supports the defense’s position that the complaining witness in this case has a substantial financial motivation to falsify his claims,” Jackson added. Garabedian did not immediately return messages seeking comment Thursday. Unruh said in an e-mail, “We have decided as a family not to comment before trial.” Jackson’s filing also seeks any correspondence Garabedian’s office had with law enforcement and prosecutors, and any records from meetings with the accuser and his family. Jackson says, in the new filings, that Garabedian “orchestrated” the 2017 press conference, which:

Appears to have prompted the Massachusetts State Police to initiate its investigation. It is clear that [Garabedian’s] office has conducted its own independent investigation into this case, and has fed that information to law enforcement. Defense counsel needs to know what information originated from Mr. Garabedian’s office in order to assess whether the Massachusetts State Police and Barnstable County District Attorney’s Office conducted an independent investigation into the charges alleged.

Jackson also asked the judge to order the accuser to turn over any cellphones — and any passwords needed to unlock them and related Internet storage accounts — that he used on the night of the incident and for a subsequent six-month stretch. According to police reports, the alleged victim was in contact with his then-girlfriend via Snapchat, text messages, and phone calls during the incident with Spacey inside the Nantucket bar. Kevin Spacey’s lawyers, however, said the woman told investigators that the alleged victim did not say he was being sexually assaulted. The cellphone records are “relevant to the issue of consent and whether lack of consent was fairly communicated to [Spacey],” Jackson wrote. “Additionally, text messages consistent with statements provided to law enforcement are likely to reveal that [the accuser] joked about the incident with friends for months after the incident and that his mother is the driving force behind these allegations.”

Jackson also asked the judge to order the man who owned the Nantucket bar at the time of the alleged incident, as well as the bar’s current ownership, to turn over certain records, including transaction receipts and surveillance footage from that night as well as records showing which employees were working then. District Court Judge Thomas S. Barrett has not yet ruled on this week’s requests from Jackson’s attorneys. In a previous ruling, Barrett said Kevin Spacey does not have to appear at the hearing scheduled for Monday, though he must be available by phone if needed. The alleged victim, who has a different last name than Unruh, has been named in court records, but the source does not identify, without their consent, people who allege sexual assault.

RELATED LINK: People love “Let me be Frank” more than House of Cards 6